A complete US Media Blackout continues on this breaking information… Monsanto weed killer found in alarming amounts in Cheerios, Stacy’s Pita Chips and more. It’s made the front page in Europe but what about here? If you really want to stop the corruption perpetuated by Monsanto and the large chemical companies – Share this post and spread the word to shut them down! http://foodbabe.com/2016/11/15/monsanto/

Thank you to Food Democracy Now! and The Detox Project for your incredible investigation!

‘If you feel you’ve been taken by them, I say don’t pay the ticket … Let them sue you’ 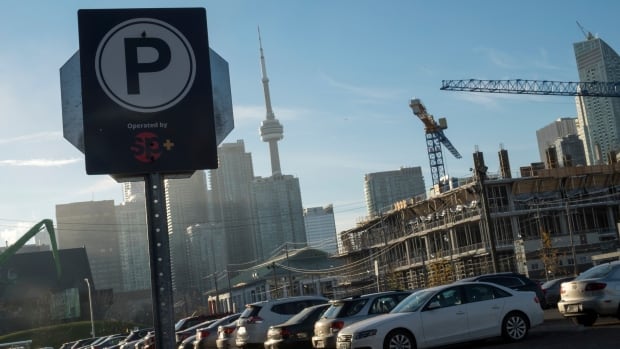 Private parking lots, like this one in Toronto, can be big business. The invoices handed out in these lots look and feel much like legal tickets handed out by municipal parking officers on city streets. Yet there’s one subtle but important difference: they’re not tickets. (Timothy Neesam/CBC)

We’ve all been there. Maybe you had a medical appointment that ran long or the machine was broken when you went to pay. The result is the same: a big, ugly ticket on your windshield, telling you to pay up — or else.

It’s one thing when you get a ticket on city streets. But it’s quite another when it happens on one of thousands of privately owned parking lots across the country.

The former has clear rules and regulations about what’s allowed and how to fight them. The latter? Not so much.

Another, Impark, has grown rapidly since being founded in Vancouver in 1962. The company now runs more than 400,000 parking spots across 3,400 lots in 100 cities throughout Canada and the United States.

Companies like Impark, ParkLink and others make money by charging drivers to park on private property, often slapping large invoices on the windshields of any car they deem to have broken their rules.

Those invoices look and feel much like the legal tickets that parking enforcement officers leave on cars parked on city streets — with one subtle but important difference: they’re not tickets.

“They’re issuing tickets that look like the same as the [real ones],” he says. “People think it’s from the city … and they get frightened of it and they pay it.”

But if you get one, “you can throw it in the garbage,” he confidently declares.

Parking tickets from a municipality are enforceable mainly because city hall has the power to put real penalties on you for not paying. For example, drivers looking to renew a licence or a vehicle registration will find they can’t do so if they have unpaid parking tickets on their account — never mind what they’ll do to your credit history.

But private tickets, Weingust says, have no such power. 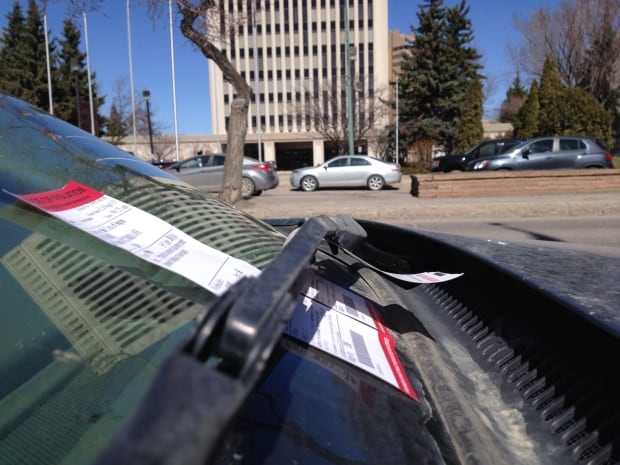 Parking tickets from private lots aren’t like official municipal ones; they don’t always make it clear how to dispute them. (Aldo Columpsi/CBC)

That’s not what one major parking company tells its customers.

CBC’s Marketplace listened in while one ParkLink customer called the company to complain about a ticket. The driver had paid $8 to park for a full day, but came out to the car to find an invoice for almost $70 for failing to properly display the receipt.

Despite having a paid receipt, the company rejected the appeal and warned of dire consequences for not paying. The company also said they require a $10 fee from anyone wishing to dispute a ticket, which the customer didn’t think was fair.

“It’ll go to a collection agency and then they have the authority to tow your vehicle,” the voice on the phone warned.

That’s just not true, Weingust says. The bill may indeed get sent to a collections agency, but there, too, there’s no danger to your credit history for refusing to pay.

“You have to get a judgment,” Weingust says, before something like that would show up on a credit report. “They have to go to court to collect that money.”

That would require the parking company or collections agency to go to small claims court, which involves paying a minimum fee of about $50 to get a judgment — something they’re unlikely to try to do for a relatively small sum, much less be successful in, Weingust advises.

“If you feel you’ve been taken by them, I say don’t pay the ticket,” he says. “Let them sue you.”

No one disputes that companies like ParkLink provide a legitimate service by charging people to park on their lots. But murky dispute-resolution processes and misleading claims about consequences are a reason for concern. 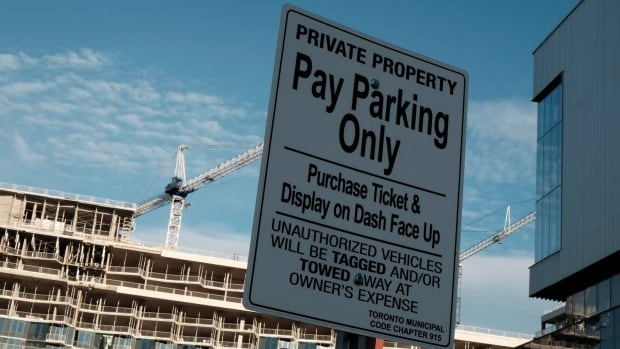 Signs like this one, on a private parking lot in Toronto, often warn people about dire consequences for breaking the parking rules. (Timothy Neesam/CBC)

CBC reached out to ParkLink to discuss their policies on how they enforce unpaid fees, but they declined the request to appear on camera.

CBC also put that question to credit-monitoring firm Equifax and they confirm an unpaid parking ticket — as long as it’s from a private lot — won’t ruin your credit history.

The main issue with private tickets versus official ones, Weingust says, is that while the latter will make it very clear how to pay the fee or dispute the charges and the former often do no such thing.

“I say don’t pay it,” Weingust says. “You’ll never hear from them again.”

Based on a Marketplace investigation by Andreas Wesley and John Lancaster