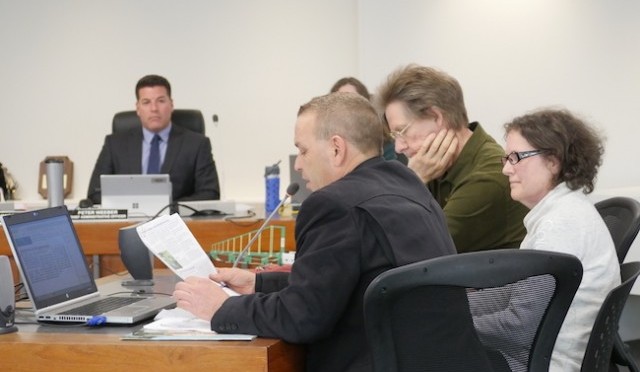 The City of Penticton will be engaging with telecommunications companies and local residents about the potential health impacts of forthcoming 5G wireless networks.

Local activist Kevin Proteau led a delegation to city council Tuesday asking for the city to hold a public forum on the effects of the technology on health.

“We really need to be concerned about this if we are going to be moving forward with a healthier Penticton,” Proteau said, presenting news articles on the prevalence of cancer in Canada.

Fifth-generation wireless networks transmit data over the previously mostly-unused millimetre wave band frequencies (26, 28, 38, and 60 GHz), at a pace ten-time faster than 4G. For context, standard wifi operates in the in the 2.4 and 5.8 GHz radio bands.

The higher-frequency radio waves carry data much faster, but not very far, requiring a wide deployment — about every 8-12 homes — of micro-cell towers in areas to be serviced by 5G. The technology will likely be needed to make self-driving cars a reality and telecommunications firms maintain it is completely safe.

“Everyone here now is using wireless technology, and we are going at quite a fast pace, but I don’t believe anyone has stopped to consider if there is a health risk,” delegation member Vickie Lightfoot said, explaining she is sensitive to electromagnetic radiation herself. “I think we need to take a step back and allow us all to learn a little bit more about this.”

Mayor Andrew Jakubeit said the city has not been approached by any telecom providers about 5G networks. He noted Penticton was one of the first communities to offer an opt-out option for AMR smart meters.

Council eventually agreed to direct council to work with Proteau to engage the community about the health impacts of 5G.

“I admit, I’m happy with Andrew and the council,” Proteau told Castanet after the meeting. “The key is, I’m not looking for an opt-out program here. This has to be banned.”