City sticking to its machines 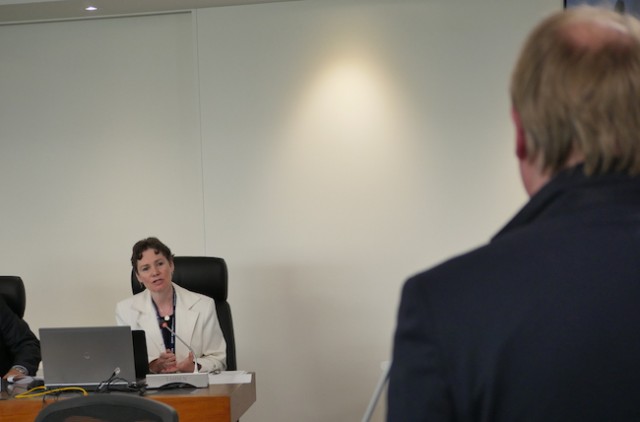 The City of Penticton will be using machines again to count votes in this fall’s municipal election, dashing the hopes for a small vocal group of residents that have been demanding votes be manually tallied.

City council voted Tuesday to approve four bylaws outlining how October’s election will be run. One of them outlines the use of vote tabulation machines that have been used in Penticton since 1999 and are commonplace across B.C.

The city’s chief electoral officer Laurie Darcus said they were strongly advised by Elections BC against manually counting ballots, unless it is by judicial review. The cost of a manual recount is estimated at up to $6,500.

She said the vote counting machines to be used again this October simply count marks on paper ballots and are not hooked up to the internet, adding the city would be holding an open test to display the accuracy of the machines prior to the election.

During question period, Darcus repeated her explanation of how the vote counting machines work several times to a few unsatisfied residents.

“What’s wrong with the good old days, when we did it all by hand?” asked Penticton Herald managing editor James Miller, speaking as a private citizen.

Miller suggested that nobody challenged the results of the 2015 federal election locally because the ballots were counted by hand. He added that large banks have been hacked, and asked if the vote counting machines used in Penticton could be tampered with by a “less than reputable individual.”

“These are not computers. They are vote tabulating units, so they don’t have any systems to hack into,” explained Darcus. “These are simply counting marks on a card — it’s almost like an adding machine, an old, old adding machine.”

Local activist Kevin Proteau also questioned council on the security of the vote counting machines, demanding a manual count. Proteau mounted a similar challenge of the use of the machines in 2014.

“To manually go through 10,000, there is probably more errors going through a manual count then you will ever get with an electronic count,” said Mayor Andrew Jakubeit at the end of a lengthy exchange.

October’s election will include three advance polls and a second polling station on general voting day to alleviate wait times. Council also adopted changes to its political signage bylaws, limiting signs to 13 spots on public property around the city.