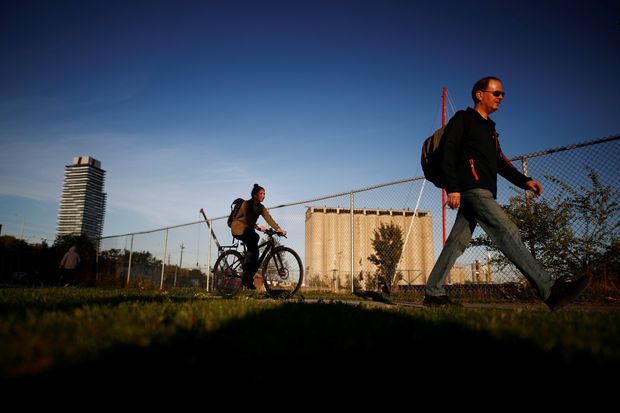 Pedestrians use a path in the Port Lands, where Google-parent Alphabet is attempting to create a “smart city” on Toronto’s waterfront.PHOTO: MARK BLINCH/REUTERS
11 COMMENTS
By
Vipal Monga and
Jacquie McNish

TORONTO—An Alphabet Inc. GOOGL 0.47% project aimed at creating a “smart city” on Toronto’s waterfront is facing resistance from local officials who are worried about the development’s direction and how Google’s parent company will handle residents’ personal data.

The local friction has raised doubts about Alphabet’s inaugural attempt to use urban design and technology to tackle modern-day issues, such as expensive housing, traffic congestion and environmental sustainability.

The Toronto project is suffering from delays and the loss of key personnel. On Tuesday, the two bodies behind the project—Alphabet’s subsidiary Sidewalk Labs LLC and Waterfront Toronto, a Canadian government entity—said they expect to release a final development plan by next spring. That plan had been expected this November. Meanwhile, the chief executive of Waterfront Toronto, a supporter of Sidewalk, resigned in July, and a real-estate developer left Waterfront’s board this week because she was uncomfortable with Alphabet as a partner.

Sidewalk remains positive about the waterfront plan and its relationship with Toronto. “We have had the privilege of working with public servants at all three levels of government, and on the staff and board of Waterfront Toronto, to create a groundbreaking plan for Toronto’s waterfront,” the company said in an emailed statement.

Under the terms of a negotiating agreement issued on Tuesday, Sidewalk laid out a plan to invest a total of $50 million for the next planning stage of the deal. Waterfront Toronto, a development and revitalization agency established in 2001 with government-appointed board members, agreed to negotiate intellectual property ownership and digital privacy rights based on a set of “guiding principles” emphasizing people’s control over their own information.

Privacy watchdogs have questioned who will control sensitive digital information as residents are tracked by sensors that may be embedded in such infrastructure as traffic lights, thermostats and garbage-disposal units. Also at issue are ownership rights over any products or techniques developed at the site and sold elsewhere.

“Is the public getting back from the project the appropriate level of value in terms of money and public policy objectives like public housing?” said Richard Joy, executive director of the Toronto chapter of real estate and land development nonprofit, the Urban Land Institute. “It’s brand new territory, and perhaps one for which we don’t have a very good measure yet.” 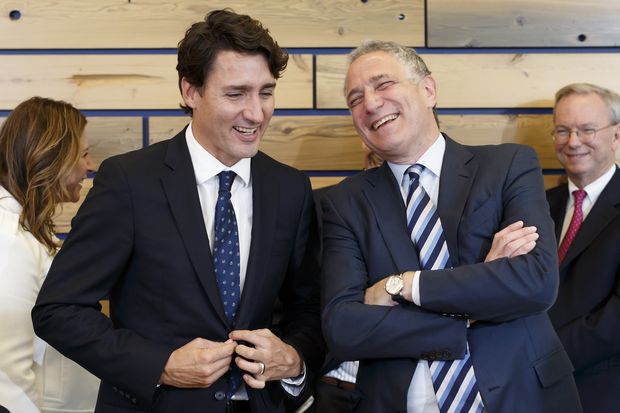 The Toronto waterfront is Sidewalk’s first and only major project since the business was launched in 2015 by Dan Doctoroff, a former investment banker who became deputy mayor for economic development in New York City and then CEO of Bloomberg LP. Waterfront Toronto announced the undertaking with fanfare at an unveiling last October attended by Canadian Prime Minister Justin Trudeau and Alphabet’s former Executive Chairman Eric Schmidt.

Though the project will be open to other tech companies, it also could allow Alphabet to incorporate some early ideas it gleaned from developing things like driverless cars, connected thermostats and security cameras.

Last month, the CEO of Waterfront Toronto, Will Fleissig, resigned after clashes with the board. Some board members expressed concern that he wasn’t sharing enough information about the project with them, people familiar with the matter said. His departure removed a key Sidewalk ally from Waterfront, just as opposition to the undertaking was growing.

On Monday, Waterfront board member Julie Di Lorenzo also resigned. She said in an interview that she wasn’t getting complete answers to her questions about issues such as the privacy rights of residents if they didn’t agree to share data. “Would you segregate them and tell them ’You can’t live here?’”

Toronto Mayor John Tory downplayed Waterfront’s management changes and said the Sidewalk project remains on track. “I happen to believe this is a great opportunity for Toronto and for Sidewalk,” he said. 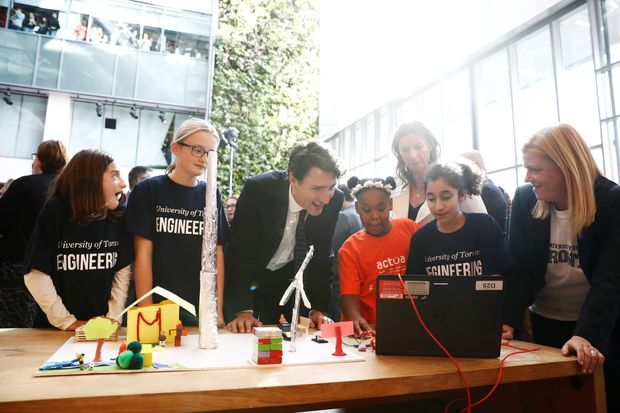 Canada’s Prime Minister Justin Trudeau looks at city models built by children before a press conference where Alphabet announced the project. Nearly 10 months after the project was announced—even some supporters say they have little concrete idea of what Sidewalk is planning. PHOTO: MARK BLINCH/REUTERS

“The markers have been set for privacy protection through the project,” she said.

Nearly 10 months after the project was announced—even some supporters say they have little concrete idea of what Sidewalk is planning.

“There is a lot of work to do to rebuild confidence in this project,” said Kurtis McBride, CEO of Miovision Technologies Inc., a Kitchener, Ontario-based technology company that measures and analyzes street traffic for North American cities.

Mr. McBride sits on an advisory board created to help Waterfront Toronto navigate questions about digital rights. Public confidence has quickly eroded in the project, he said, because there is little information about how it will use the data it collects.

The idea that a private company is helping decide matters of public policy also is concerning to public advocates, said Bianca Wylie, a technology policy adviser who has been critical of the project. “We need to have these issues decided by organizations that are accountable to the people, not by private vendors,” she said.

Sidewalk has been reaching out to government officials in the months since it won the Toronto bid. Sidewalk executives have held meetings with city councilors, and the company has put on public talks for residents featuring academics and industry executives discussing issues like urban housing and street design.

“I left the meeting with more questions,” she said.

Write to Vipal Monga at vipal.monga@wsj.com and Jacquie McNish at Jacquie.McNish@wsj.com