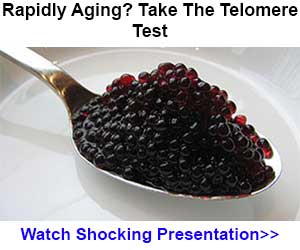 (Natural News) One of the biggest mistakes many of us make when it comes to our healthcare choices is to divide the pharmacy into two sections in our minds: the over-the-counter, no limits, “safe” section; and the behind-the-counter, must have a prescription, “dangerous” section. It is very easy to conclude that not needing a prescription for a chemical drug means it’s safe and shouldn’t raise any red flags, but nothing could be further from the truth. There are some very dangerous medicines lurking in the over-the-counter section, as was confirmed again recently by a Danish study that found a link between the use of ibuprofen and a 31 percent increase in risk of cardiac arrest.

As reported by Natural Health 365, ibuprofen is viewed by many as a harmless painkiller and is taken by upwards of 30 million people each day to fight pain, fever or inflammation. It is part of a group of drugs known as non-steroidal anti-inflammatory drugs (NSAIDs), and the study, which was published in the European Heart Journal – Cardiovascular Pharmacotherapy, found that some other drugs in this class are even more dangerous than ibuprofen. Diclofenac, for example, which is commonly used to treat the pain associated with arthritis, was found to increase the risk of cardiac arrest by a staggering 50 percent.
https://www.real.video/embed/5816889225001

NSAIDs relieve pain by blocking pro-inflammatory enzymes known as COX-1 and COX-2. While this suppresses the body’s natural inflammatory response, thereby relieving symptoms like pain, it does nothing to eliminate the cause of that pain. And since these drugs interfere with platelet aggregation, they increase the risk of blood clots, raise blood pressure, constrict arteries and increase fluid retention. It is this toxic combination of symptoms that can trigger cardiac arrest in those who use these drugs, even if they have only used them for a short time. (Related: Painkillers commonly prescribed for arthritis are more dangerous than previously believed, especially for heart patients.)

A press release by the European Society of Cardiology explains how the researchers arrived at their findings:

All patients who had an out-of-hospital cardiac arrest in Denmark between 2001 and 2010 were identified from the nationwide Danish Cardiac Arrest Registry. Data was collected on all redeemed prescriptions for NSAIDs from Danish pharmacies since 1995. These included the non-selective NSAIDs (diclofenac, naproxen, ibuprofen), and COX-2 selective inhibitors (rofecoxib, celecoxib).

A case-time-control design was used to examine the association between NSAID use and cardiac arrest. …

A total of 28 947 patients had an out-of-hospital cardiac arrest in Denmark during the ten year period. Of these, 3 376 were treated with an NSAID up to 30 days before the event. Ibuprofen and diclofenac were the most commonly used NSAIDs, making up 51% and 22% of total NSAID use, respectively.

Professor Gunnar H. Gislason, professor of cardiology at Copenhagen University Hospital, and the study’s lead author, warned that this study is a stark reminder that these drugs are “not harmless,” and that allowing them to be sold over-the-counter, without a prescription, sends the wrong safety message to consumers. He added that NSAIDs should be avoided by patients who have cardiovascular disease or other risk factors, and “should only be available at pharmacies, in limited quantities, and in low doses.”

Professor Gislason advises not exceeding 1,200mg of ibuprofen on any given day, and that the safest drug in this class is probably Naproxen.

This is by no means the first study to point out the dangers of NSAIDs. Earlier studies have confirmed additional risks, including an increased risk of intestinal bleeding. It does remind us, however, just how much better it is to avoid chemical drugs and try to treat pain and inflammation with natural alternatives instead.

Discover the latest breakthroughs in healthcare at Medicine.news.