The B.C. forests ministry is reducing its use of the herbicide glyphosate, the active ingredient in Roundup, partly to help moose get enough feed through the winter in the B.C. Interior.

Glyphosate is applied in reforested areas to suppress the growth of aspen and other fast-growing broadleaf species and allow planted conifers to get established.

Forests Minister Doug Donaldson said reforesting policy is shifting and more aspen and other broadleaf species are being encouraged in replanted areas. Aspen is a main winter browse for moose populations that have been struggling in recent years.

B.C. Green Party leader Andrew Weaver raised the topic in the B.C. legislature this week, claiming the ministry is spraying 16,000 hectares a year.

That’s the total for 2015, Donaldson replied. By 2017 it was down to 10,000 hectares, partly to improve moose habitat and partly because the ministry’s tree growing program is producing hardier conifers that compete better with other growth on their own.

“We’ve initiated a two-year study to look at the impacts of herbicide spraying on feed and moose forage and nutritional quality of moose forage,” Donaldson said. “We anticipate the preliminary results will be available in 2019, and we look forward to implementing that research, based on scientific evidence.”

Weaver linked glyphosate use to forest fires and beetle infestations, due to the “monocropped forests” encouraged by its use. He also revived the long-running argument about the cancer risk of glyphosate, noting it has been banned in several European countries.

Donaldson said glyphosate is approved by Health Canada for use in forestry across the country, with strict conditions including buffer zones for fish-bearing streams. 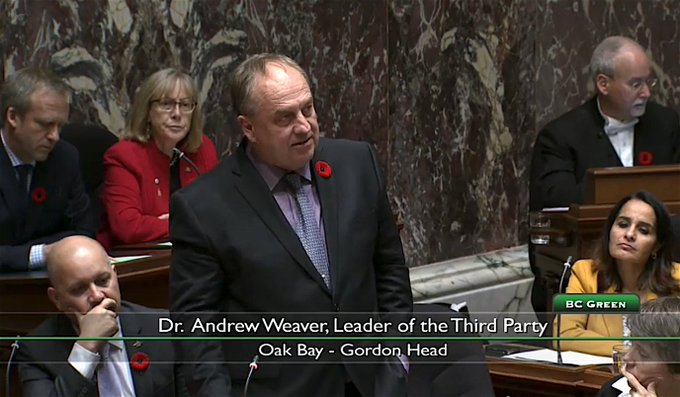 Donaldson says research is ongoing, and use of glyphosate (active ingredient in #Roundup) is declining as forests ministry changes species mix of forest stands #bcleg pic.twitter.com/GQ9m6jCtGM 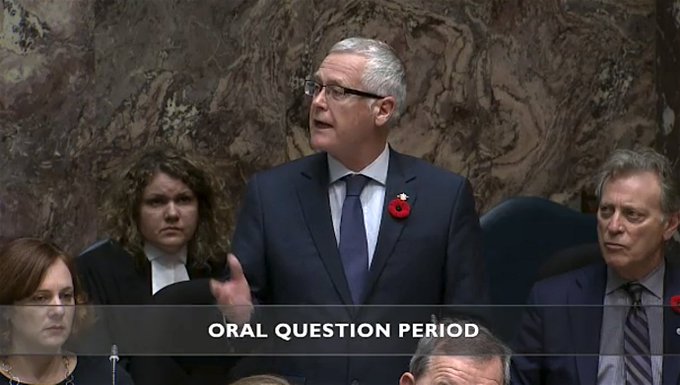 One of the largest studies of glyphosate and cancer incidence was from the Agricultural Health Study, published this year, after researchers tracked cancer rates for 50,000 people in the U.S. over 10 years. It found “glyphosate was not statistically significantly associated with cancer at any site.

“In this large, prospective cohort study, no association was apparent between glyphosate and any solid tumours or lymphoid malignancies overall, including non-Hodgkins lymphoma and its subtypes,” the study’s conclusion states.